For many of us beanies are a sign of comfort, warmth, and love. Resonating strongly with many for sentimental value (seeing a tiny beanie on a newborn baby), we thought it would be fitting to delve a little more into the history of the simple beanie for our first hat history blog. The beanie – as we know it today – has been shown to have originated in the 1900’s in the USA. Despite there being previous wool hats/caps that can be dated back to the 12th Century,  we owe the naming of the modern Beanie to the Americans.
The word "Beanie" has no clear origin however there is a strong likelihood that the phrase ‘Beanie” came across due to either:

A: The word “Bean” being commonly used to describe ones head or
B: The beanie had a cloth-covered button in the middle that resembled the look of a bean.
Regardless of what idea it came from, the term “Beanie” stuck and was a very popular accessory.

The hat was initially used by workers (Commonly tradesmen outside in winter) and men who were studying their further education at College. At the time beanies were not worn to be a fashion statement, they were only there to provide functional use and keep their owners warm. Due to the take-up of basic beanies in American Colleges, the hats rapidly grew in popularity and many schools began imprinting their emblems and colours onto beanies to make them a part of their ‘uniform’. From that point beanies continued to be a great winter staple for men and women however, there was a distinctive increase in demand for beanies in the 1990’s. This was a time period where there was growing focus on MTV, music stars and street fashion. Beanies were seen on more platforms and mediums and rapidly became a ‘must have’ fashion statement. 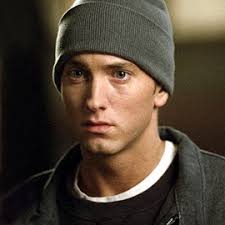 Nowadays the beanie is recognised to be an essential item to bring if you are going somewhere cold but also it is seen as a iconic fashion statement to lift any outfit. We think that beanies will be around for a long, long, long time to come and can’t wait to see their evolution.